Prohibition in the US started on this day, 17th January, one hundred years ago. Prohibition was a nationwide constitutional ban (in the Eighteenth Amendment to the United States Constitution) on the production, importation, transportation, and sale of alcoholic beverages from 1920 to 1933. 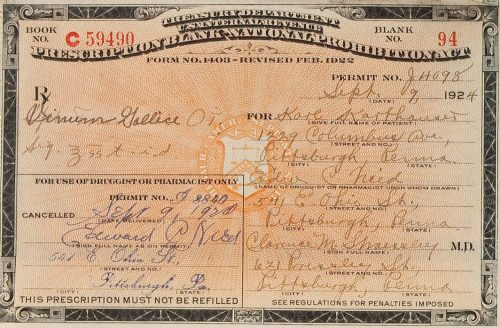 The legal ban led to criminal gangs gaining control of the beer and liquor supply of many cities. By the late 1920s, a new opposition to prohibition mobilized nationwide. Prohibition ended with the ratification of the , which repealed the Eighteenth Amendment on December 5, 1933. Some states continued the statewide prohibition, marking one of the last stages of the Progressive Era.

Prohibition ended in 1933 and alcohol production in the US is now a booming industry. When I visited Kentucky in 2016, I visited 21 distilleries (22 making whiskey and one making brandy (Copper & Kings) and hope to visit a few more new ones which have opened for tours since.