There aren’t many distilleries in Northern Ireland, but I visited three of them this year with only one scoring a perfect 10 for the tour. 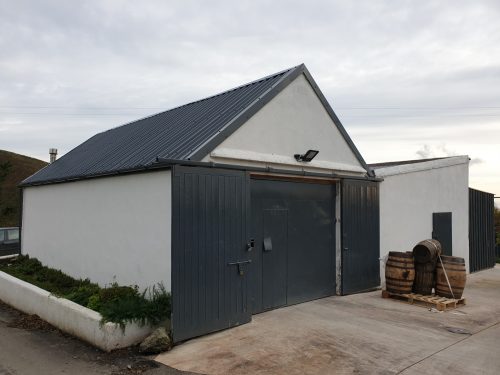 Killowen Distillery is located up a single track road near Warrenpoint in Country Down near the border between Northern Ireland and the Republic. Like Louch Mask, Killowen is a new craft distillery. Being based in the UK different rules apply to how they can make whiskey which is interesting to hear, especially when you also hear the differences between Irish and Scotch whiskey making processes.

I am pretty sure that Killowen is the smallest distillery I have visited in Europe (only Barrel House and Old Pogue in Kentucky were of similar size when I visited them in 2016) and the tour is conducted by the founder, Brendan.

I’ve had a few tours delivered by the distillery founder and you’re basically guaranteed a detailed tour from someone who is passionate about the distillery and the spirit they make. Killowen have some interesting stuff going on and it was really good to see everything up close and to hear about where the distillery had come from and what their future plans are.

The island of Ireland isn’t very big so weather you’re in Belfast or Dublin, Killowen is quick and easy to get to. Tours typically take place on Saturdays and Sundays, but make sure you book in advance to make sure Brendan is available for the tour.